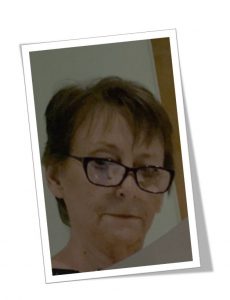 That’s me there.  Not a statistic, a risk category,  a graph or a peak on a curve.  A living older person with a compromised immune system and a long-term condition. A mother, a grandmother, a wife, a friend, a colleague, a neighbour, a contributor to society and sometimes a massive thorn in the side of decision makers and influencers – that’s me, that’s what drives me.  I’ve  always felt safe and respected within society but in recent times, not so much.  Glued to the 24 hour news I see a growth in  ‘survival of the fittest’ and ‘take it on the chin’ reportage.

This drip feed reportage feels less like older people, and those with compromised immune systems and long-term conditions, having to ‘take it on the chin’ and more like we’re in line for a punch square in the gut with a wrecking ball.

Such reporting anchors us amongst the seas of unfamiliarity, fear and disgust – as monster – a monster whose very presence threatens the future of society and the accepted order of things, thus normalising the notion that disposal is a necessary part of the solution.

How long before we, the older, the immune compromised, the long term ill, find ourselves living a dystopian nightmare where we are hunted down by agents of the state and vigilantes alike who, having been stripped of all moral codes, are no longer driven by their conscience but by how adequately they have fulfilled the authorities’ wishes?

You’ll excuse me then if suddenly I don’t feel so confident of my worth or indeed my future.