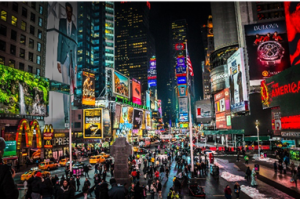 Reality TV – a genre which started out in the 1960s as a ‘fly-on-the-wall’ look into the daily life of others, a ‘stripped down’ observational or documentary account of the subject or subjects being filmed wherein the viewer is invited to reach their own conclusions on the content and context of the production –  has become little more than a grotesque ‘paradise found’ of symbolic violence, an irritainment, if you will, for connoisseurs of denigration.

Rather than the fair and balanced investigations we should expect from our media, producers of programmes such as The truth about Traveller crime have become more like Thersites, the ugly, cowardly, “thrower of words” in the Iliad, who abuses everybody and argues nothing but scandal.

Via such broadcasts, Channel 4, and indeed other sections of the media, assist in the laying of the foundations of attitudes, policy and practice that effectively divide society – those who ‘contribute’ and those who do not: those “who flout the rule of law daily, who don’t pay taxes and give nothing to society – and pushes those who do not live by majority norms further to the margins.

Images and narrative distorted and exaggerated to attract notice but also to direct attention to something considered (by the producer) to be outside the boundaries of acceptable societal norms.  Dramatisations bolstered by ‘trigger words’ – crime, guns, drugs, over-run, violence – words that create phantasms, fears and phobias or simply false representations.  A symbolic violence that even the ‘serious’ media, whose legitimacy in the past was measured by autonomy, balance, originality and sound investigative journalism, has felt compelled to engage with in the pursuit of a share of the market that both denigrates and sensationalises.  For it is this which sates appetites,  increases viewing figures and, perhaps more importantly, generates lucrative advertising income.  Thus, the market has become the substitute for the internal standards by which specialised fields once judged cultural and even political products and their producers.[1]

We are living in unprecedented times.  Times where our accepted ‘order of things’ is in a state of flux.  Times where traditional boundaries and representations break down and the cultural objects of others provide new levels of interest and fascination.[2]  This presents us with necessary choices.  We can choose to accept the distorted narratives and dramatisations  provided by programmes such as The truth about Traveller crime or we can choose to challenge them – only thus can we ensure that programmes which sensationalise and seduce do not replace fair and balanced reporting or encourage further marginalisation of those already living on the peripheries.